Posted: 2019-05-24T23:24:00+05:30 | Source | Tags: Uncategorized
I first came to know about Shadow DOM from my curiosity about how browsers implement tags like <video> with all the controllers or <input> which changes based on the type attribute. We can never see any HTML code for these implementation and yet they are shown. How? That is when I stumbled upon this blog by Dimitri Glazkov which explains beautifully the concept of shadow DOM encapsulation used by browsers to implement such tags.

However, none of the browsers allowed developers to write their own custom shadow DOM (though google chrome had a v0 version implemented). I stumbled upon shadow DOM again while looking at an issue in jQuery to fix. So now, since 2018, most of the browsers have started supporting shadow DOM APIs and hence jQuery needed to implement support for that too.
So, what is this shadow DOM and why do we even use it?

W3C specification describes it as "a method of combining multiple DOM trees into one hierarchy and how these trees interact with each other within a document, thus enabling better composition of the DOM".
Now, to understand that, we need to understand what a DOM is. DOM or Document Object Model is a tree-like structure containing the different elements (or tags) and strings of text that are shown by the markup language (like HTML, XML, etc.).
So, let's say we have a HTML code something like this:
So, visually you can show the DOM structure as something like: 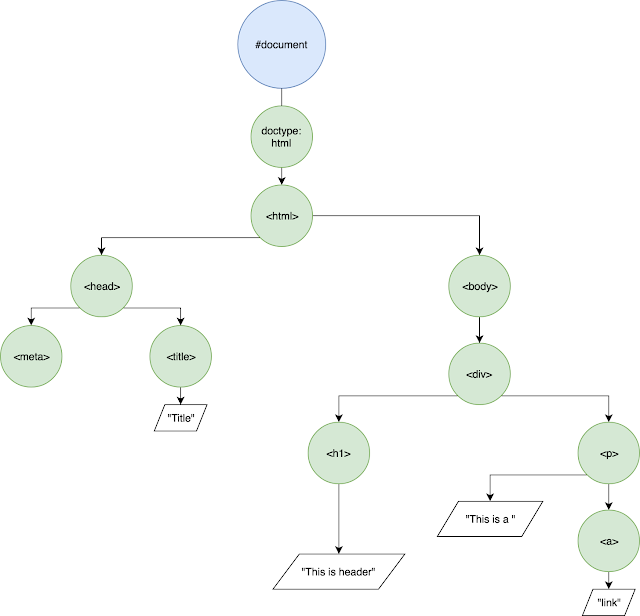 The shadow DOM tree starts with a shadow root and can then have any regular DOM element attached underneath it.

So, this will create a shadow DOM. Visually you can represent this as: 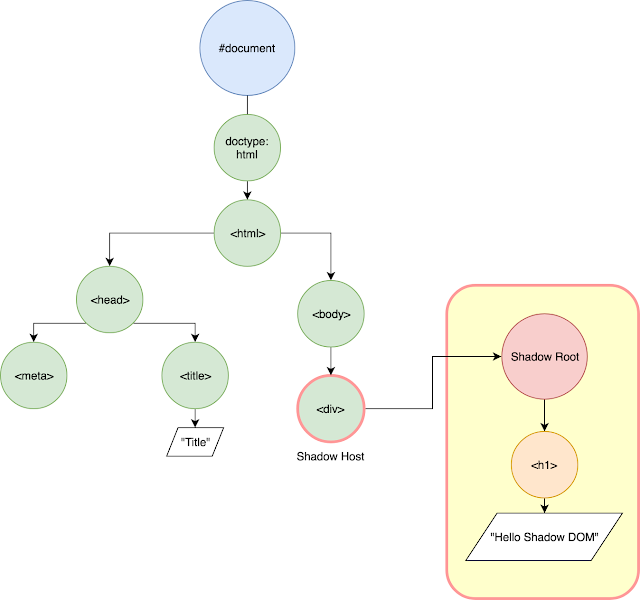 So, as you can see, there are few different parts in a shadow DOM apart from it being just another DOM.
The shadow DOM cannot be attached to few different elements as mentioned in the spec. Some of the reasons are:
Also if you see in the code there is a "{mode: open}". The mode determines whether you can edit the style of the shadow DOM from outside the shadow DOM or not.

Why do we need Shadow DOM anyways?

There are few different scenarios where you might want to use shadow DOM. The most important functionality of shadow DOM is the implementation of the concept of encapsulation. So basically, someone using the shadow DOM host doesn't need to care the style and implementation of the DOM inside. So few use-cases would be following:
So is Shadow DOM very shadow-ey? Well maybe, since it stays hidden from the main DOM traversal. But at the same time it is often very useful because of its encapsulation properties.